Using video for marketing and selling

It comes as no surprise that video is an excellent tool for communicating sales messages. Advertisers have long been able to demonstrate the correlation between the amount spent on video and revenue.

The good news with eyeballs increasingly shifting online, broadcast commercial budgets are becoming a thing of the past. You need messaging that works across platforms and channels to maximize the ROI on production spend.

With quality creative and strategic distribution, your sales videos have the potential to reach millions of consumers or businesses without blowing the bank.

Shoppers who view a website video are 1.81X more likely to purchase than non-viewers.

Video is a powerful marketing tool as it allows you to communicate in a way that’s easy for your audience to digest. In fact, video is the way that the vast majority of your audience prefer to receive information.

Is it really worth using video to promote your business or product? Do you have enough resources to create and use video content in your marketing? The answer is simple: yes, it’s worth it.

Video is one of the most versatile and profitable marketing tools out there. Thoughtfully produced video keeps your messaging fresh for a long period of time, helping you to get far more ‘bang for your buck’. Get in touch with our Executive Producers and we’ll find the perfect production for your problem. 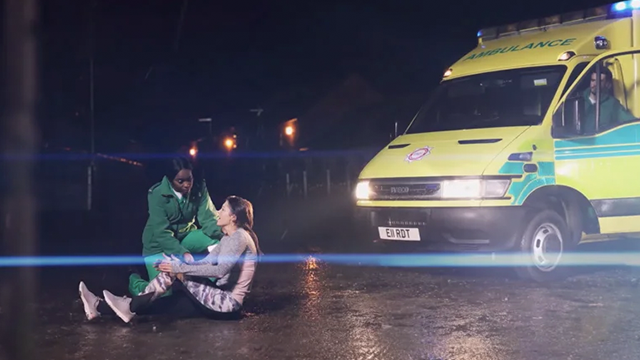 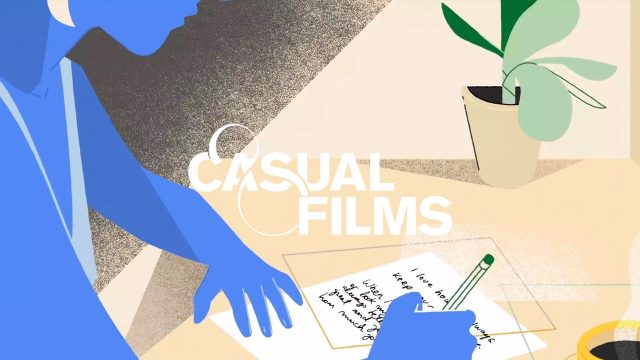 Animation is a powerful, agile and future-proof piece of communication. Animated videos can bring concepts to life that no lengthy text or live video can. It’s a perfect combination of entertainment, nostalgia, and simplicity. Your content can be full of character, whether it’s abstract or type based. You can show complex data in a way that is much more engaging than a spreadsheet or slide, and more interesting than a long list of guidelines in email. You can be thought-provoking, emotive, humorous or serious. Take a look at our reel for a range of animation styles.

To future-proof your communications, when working with animation we are not bound by what footage is shot on the day - animation is infinitely editable.  With the knowledge your messaging may need to change in weeks or months, you can create an animated marketing video in a style that can be updated with minimal impact. This means your content can remain current and relevant without producing additional media.

Casual Films can walk you through the process from end to end, develop a creative concept, work up style frames, pre-viz clips, right through to sophisticated 2D or 3D animated films, or even stop motion, all under the one roof.

Promoting your brand through video helps you stand out from the competition. Let’s be honest, your competitors aren’t just in the category anymore. It’s any brand, product, or service shouting for audience attention. But position yourself for success and cut through the clutter by speaking to people in a way that they want to be spoken to – through video!

If you think about it, the effectiveness of video is not that surprising. After all, vision is our most dominant sense. We take your message and produce an engaging film that may include testimonials, live action, animation or sophisticated motion graphics. It’s sharable, can be adapted for multiple mediums as part of a campaign, and builds equity in your brand.

Here’s a film we made for RB to promote their commitment to sustainability, delivered in a unique and creative way.

Once you’re up and running with video, make sure you to incorporate them into your email marketing campaigns. An introductory email that includes a video increases the click-through rate by 96%.

Want to see more promotional video examples? Check out our Ariel Inspa tool for some films we’ve completed in your industry or subject matter.

Branded content has really taken off. It’s selling without the ‘sell’ and is a really authentic and genuine way to connect with your audience and build a following. While content shares the brand's values, it might not directly advertise or promote the brand. Instead, it uses the halo effect of positive association - the audience recognize the brand as adding value and contributing to the conversation and are more likely to be engaged.

Casual films has a wealth of experience creating branded content. We’ve partnered with Redbull, Bloomberg and even produced a 100-film branded content series for Godaddy. Thinking about brands or people who align with your ethos is a great place to start, then leave it to us to make the connection through storytelling.

Audiences today hold brands to higher standards. Businesses must rise to the occasion and find new ways, like branded video, to win the trust of audiences.

You’ve spent months on your offering, finessing the website, and now you’re ready to launch. We can help develop the perfect production for your problem. If you’re looking for investors, an explainer video goes a long way in marketing presentations, at trade shows and online. Think of a startup explainer video like the ultimate elevator pitch. It is the first experience potential customers might have with your company, so it should reflect your brand and tone of voice.

Our top tips? Keep the video short (ideally less than a minute), well-paced, and focused. Be as single-minded as possible, with just  a few supporting features. Finally, add a strong call to action at the end to convert a curious viewer down the conversion funnel.

If you like what you see, but are strapped for cash and need a cost-effective offering - our ‘Say it in Sixty’ platform, could be a good solution. Get in touch to learn more.

Our era is characterized by a culture of entrepreneurs, doers, thinkers, founders, innovators. Hey, we started there too! When crowdfunding, it’s critically important you effectively communicate your idea – which is where video comes in.

Video is the richest, most engaging storytelling media type in existence. Crowdfunding platform Kickstarter can attest to this, reporting that projects with video succeeded at a rate of 15% greater than those without. Indiegogo adds that campaigns with a pitch video raise 4 times more funds than campaigns without one.

People who back crowdfunding platforms usually appreciate that they’re investing in a product that maybe isn’t quite fully evolved. But they don’t want to feel like they’re investing in a pipe-dream. Our Senior Creative writers can help craft your message into an articulate and persuasive script. Let this video be a window in, projecting a cutting-edge, forward-thinking and sophisticated business.

Your video is just the start of what you can do with your crowdfunding campaign. You could also consider diversifying your comms with an explainer video, or an awareness campaign of short, hard-hitting pre-roll video ads on social media.

You’ve worked hard, now channel that into a video that can work hard for you.

A viral video is something that your friends talk about at a barbeque, your boss brings up on Monday morning and your 8year old niece has learned the dance to. Viral video is often entertaining (as opposed to educational) and the process of sharing typically includes YouTube as well as social channels like Instagram, Linkedin, Facebook and Tiktok. They work best when you take a creative risk, and have a single, simple insight to communicate; “Our products smell great” spiraled into the Old Spice series you can’t forget. That campaign was a huge viral success, but has it increased sales? The answer is an emphatic yes, according to P&G.

So the key here is to do your research. Find out how people are using your product or service to better their lives, come to us with your golden insight, and share the story with the world through a viral marketing video. We can help with the entire production process from concept through to delivery. Get in touch to get started.

Get in touch
Read our Blog
12 Jul

Outsourcing video marketing services: Are retainers worth it?

Outsourced video creation: Are long-term retainers worth it?

Read More
Outsourced video creation: Are long-term retainers worth it?