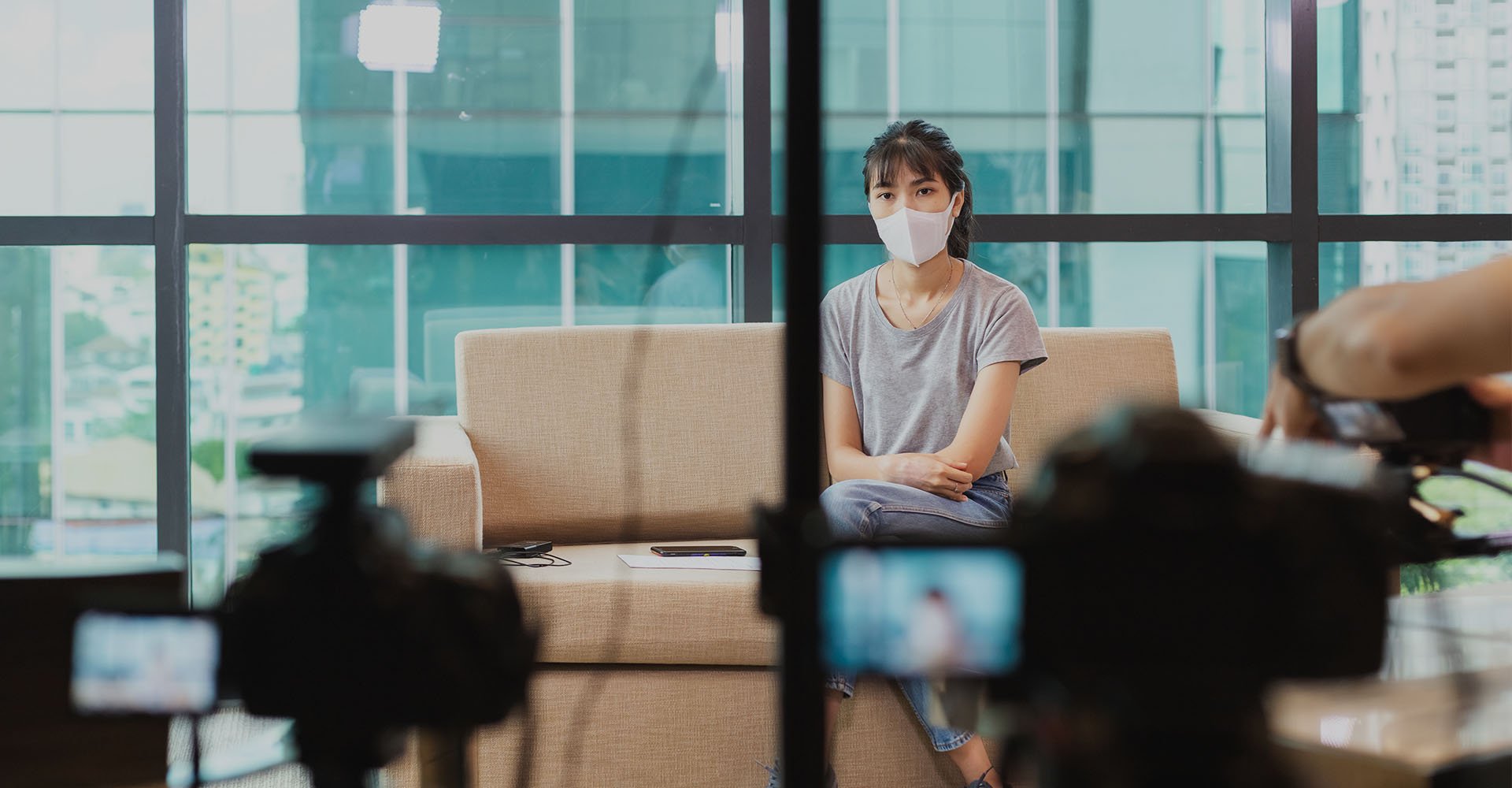 We've got Alani - Matthew Alani, I just don't think you understand - He's been to Brazil, hes super mega brill - we have Matt Alani. His sister is called Lucyl. My minds telling me no! . . . BUT ALANI ! . . . AAALLLAAAAANNNIIIIIIII IS TELLING ME YEAAAHHHHHHH 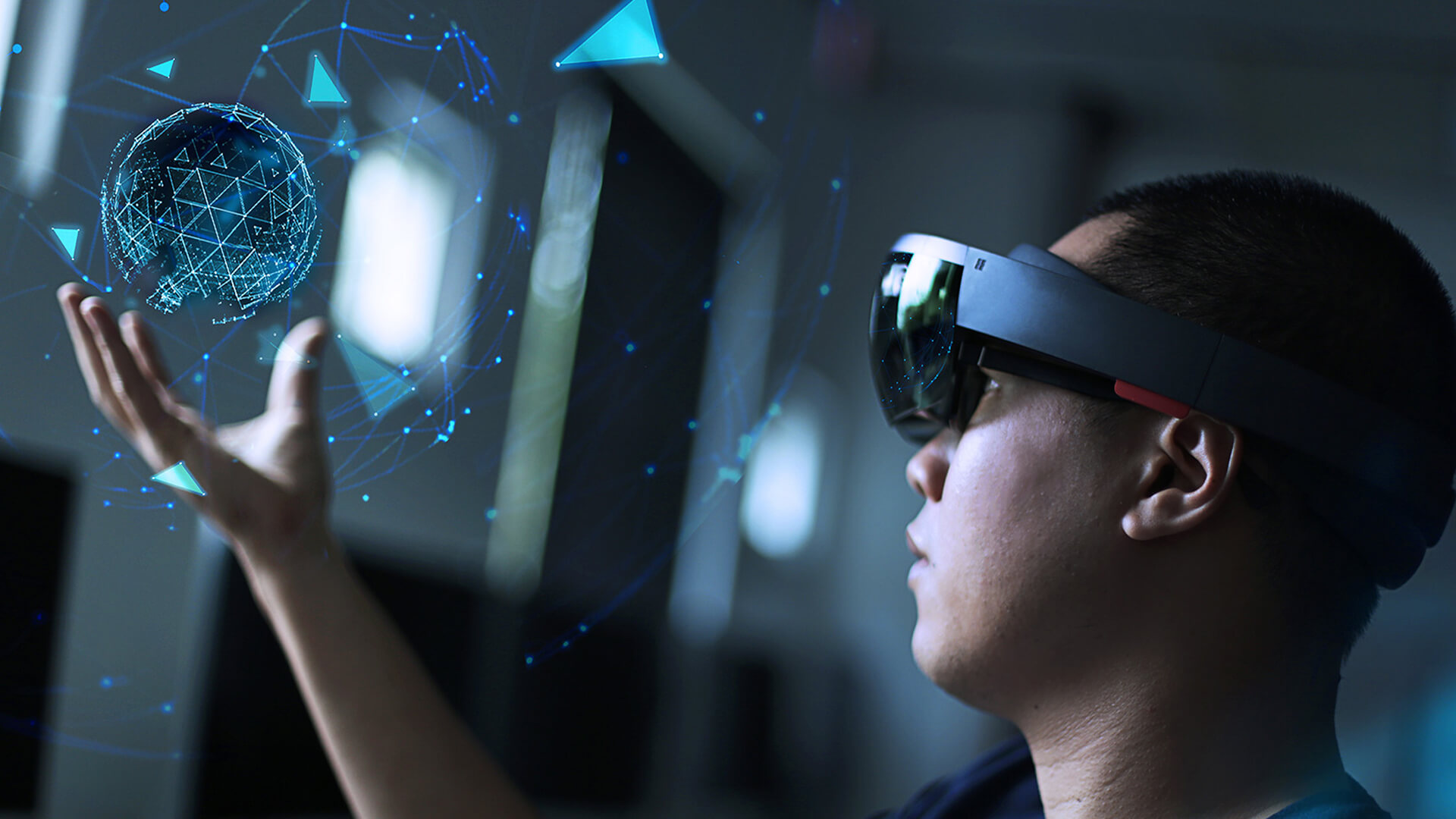 With much of the world in coronavirus lockdown, now seems as good a time as any to look at some effective examples of Virtual Reality (VR) and Augmented Reality (AR) experiences. With physical events (at least the kinds we’re used to) looking unlikely to return any time soon, more and more companies are turning to the virtual world to provide brand awareness, marketing and information to both consumers and clients.

VR has seen rapidly increasing adoption over the last couple of  years. The number of installed VR headsets is estimated to grow to 37 million by 2020, up from 14 million at the end of 2018. When we look at the adoption of AR we can see the huge impact that high end smartphones have, with an estimated 1.7 billion mobile AR users in 2020. By 2023, the global virtual reality market is expected to top an enormous $34 billion.

The last couple of years have also seen important advances in VR headset technology, making high end immersive experiences that were previously only achievable with a powerful gaming PC and an expensive headset far more accessible. Of particular note is the Oculus Quest. Released in May 2019, it’s a standalone headset that doesn’t require a PC to function. It’s able to run intensive 3D games and experiences in a much more streamlined and user friendly manner than is possible with older headsets. One of the key steps forward that this headset has taken is losing the need for base stations (sensors that the headset needs set up in the room in order to know where itself, and the controllers are).

Most people don’t want to install sensors in their rooms to use a headset so advances like these are essential for greater adoption of the technology. From B2B, to online music events and more, VR has secured its place as an important tool in communication and entertainment. I’ve selected a few of these experiences that show how varied and effective VR can be, across all platforms, from high end gaming PCs to simple AR apps on phones.

Although VR music events have been around for the past couple of years, in Coronavirus lockdown they’ve really started to come into their own, with some big names getting involved to help push them more into the mainstream. Lost Horizon was a virtual 2 day live music festival created by the team behind the Shangri-La stage at Glastonbury and hosted on the events platform Sansar.

With customisable avatars and voice chat, the festival was much more sociable than the usual VR experience. With DJs playing live at specific set times though it was also more ephemeral as it could only be enjoyed in real time. This made it much more similar to being at a real festival than watching back a recording of a Glastonbury set, and really gave you a feeling that you were experiencing something unique. It’s clear that a lot of care and attention had been put into creating an event with an authentic look comparable to Glastonbury's Shangri-La.

“Fully customisable avatars will transcend gender, colour and the limitations of the body...”

for some this meant they could finally be floating toast, or something.

To get the most out of the experience a powerful PC with a headset was essential, however you could also observe the stages through virtual cameras using any internet browser, or use the app and control your avatar with a mouse and keyboard. One big positive is that the event was free with an optional paid premium pass, unfortunately the app only runs on Windows, which certainly limits the number of potential attendees.

Having multiple stages and lots of disconnected conversations happening at once could lead to quite a confusing experience but the chaos made the festival unpredictable and surprising. It’s clear that the technology is still in its infancy, but Lost Horizon was an interesting experiment showing what future VR music events could be.

Half-Life: Alyx is a Sci-Fi/Horror game from Valve Software and is a showcase for their Index headset (though it will also work with others). The Index is the most advanced (and most expensive) headset currently available and features controllers that accurately track fingers. The interaction with the game world is advanced enough that one tech savvy teacher used the game to conduct a maths class, streaming his experience to students.

The immersive nature of VR makes for a very intense experience once you add in horror and action, fumbling to load shells into a shotgun whilst being chased by zombies is quite the nerve wracking experience.

Whilst a great showcase for the current cutting edge of VR, the price of the headset and need for a powerful gaming PC puts the experience out of reach for most people. However, the advances made by Half-Life: Alyx are sure to filter down to more accessible forms of VR over the coming years, so at least we have some fantastically realistic wine simulation to look forward to!

The Right Choice is an interactive 360 video experience for Google Daydream, it can also be viewed by holding your phone as a ‘magic window’. The flim is intended to give you an insight into the hardships faced by families in Syria, it’s short but effective, providing the viewer with one key choice to make.

360 video in general is much more accessible than VR, as well as being more cost effective to produce. The Right Choice is available as a free app that can be run on a phone, which gives it much further potential reach than a headset only experience. Whilst the interactivity is basic, it prevents the message getting bogged down in gimmicks, freeing up the viewers attention to focus on the action on screen.

The Syrian family in ‘The Right Choice’

We usually think of 360 video and VR experiences as purely consumer focused entertainment products, but they can also be used as tools for education, training and marketing in the b2b space.

Key Technology is a food processing technology company. For their latest product, the VERYX food sorter, they produced an animated 360 video that lets the viewer see inside the machine whilst a voice over explains it’s functions and leads them through the experience. Whilst this is 360 video and it’s most basic, providing no interactivity, it means that the video is much more easily shareable across platforms such as YouTube and Vimeo where it is viewable both with and without a headset.

Whilst headset based VR is great at providing truly immersive experiences, it’s hard to beat the immediacy using your phone to access augmented reality experiences. The fashion industry has been an early adopter of the technology, where the main benefit has been in letting consumers try on clothing and accessories virtually.

One recent standout has been the AR implementation in the Gucci app, which allows you to try on different styles of trainers by looking at your own feet through your phone's camera. A key advantage with phone based AR is that the experiences are ready made to be shared across users' social networks, increasing engagement. 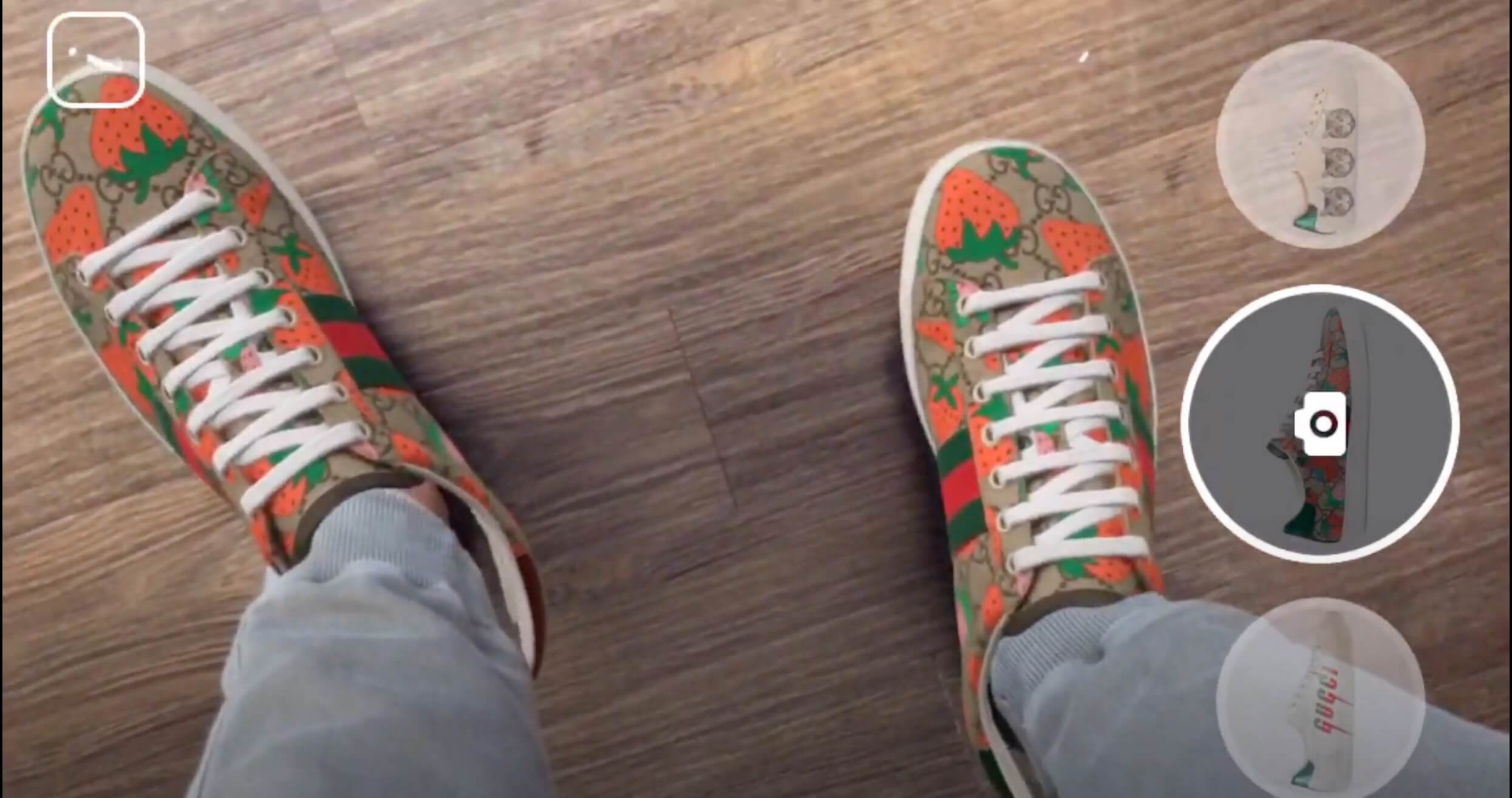 Although we’ve seen steady progress in the right direction, the cost and bulkiness of headsets are still major barriers to entry for most people looking to get into VR. Many brands utilisation of VR has been limited to set ups at events and conventions, where a headset can be provided and an expert can guide attendees through an experience. In order for a VR campaign to be truly effective you need a much larger install base, you need people to become familiar with the technology and purchase their own headsets.. Companies such as Facebook/Oculus are putting their considerable resources behind solving this problem by researching lightweight headsets in more familiar packages. They recently showed their proof of concept holographic VR glasses, which point to a much less cumbersome future VR experience. 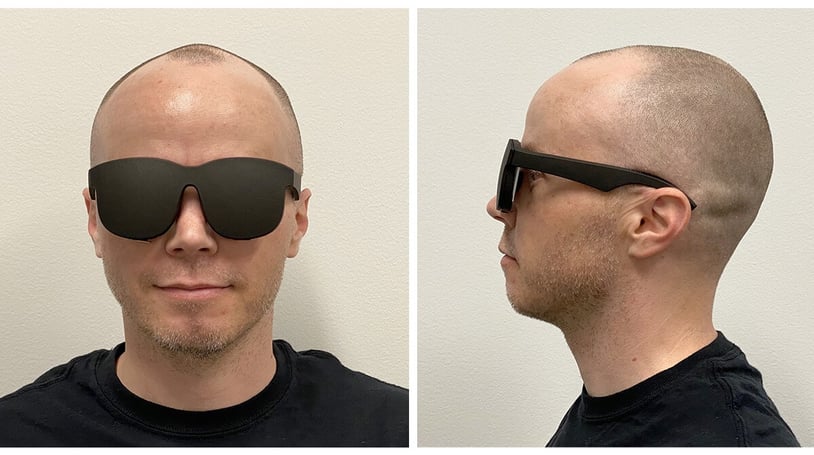 We’re still in the very early days of VR as medium, but given the level of support shown by both content creators and headset manufacturers in investing in the technology we can be optimistic about its future adoption.

If you're interested in VR or AR or just want to talk through some of video options on offer, pop in a few details here and one of our experienced producers will get straight back to you. 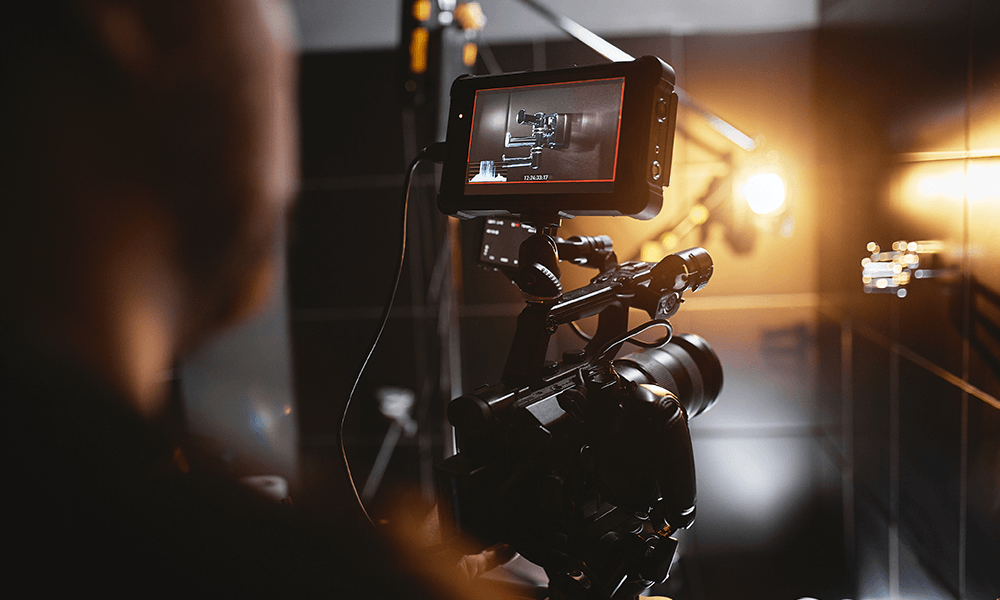 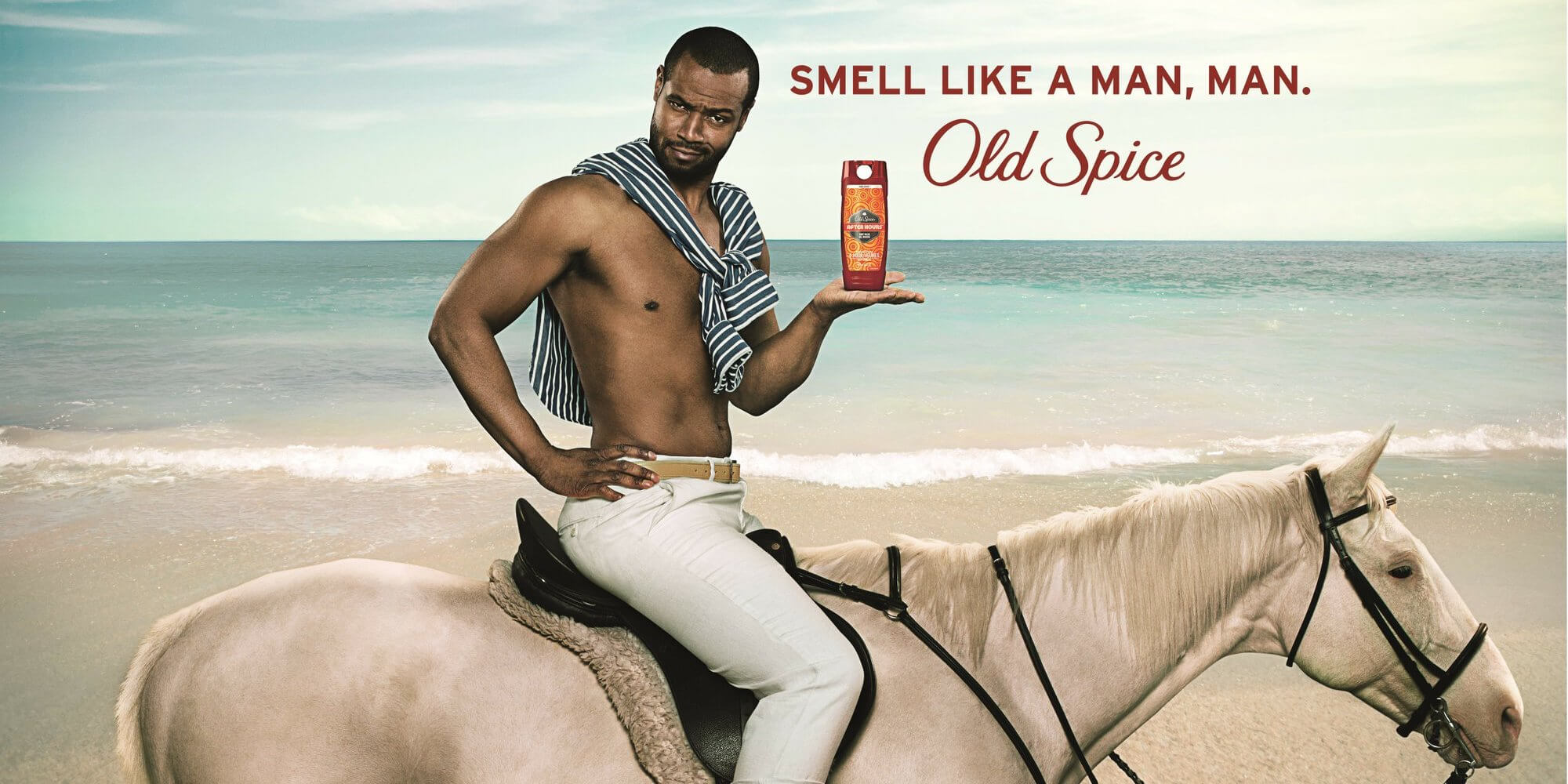 How to Make a Viral Video