What are the roles in video production?

Back to the Home Page
What are the roles in video production?
18 Dec | Nick Francis LinkedIn

There are a number of different people/roles involved in the production process. We’ve included this brief list so that you can keep up with whom is responsible for what. Each company may work in a slightly different way, but the responsibilities are more or less the same. Nearlyall of these functions are needed on every production – even if they are all performed by the same person. Larger budgets allow for more time, and more time allows for more people. 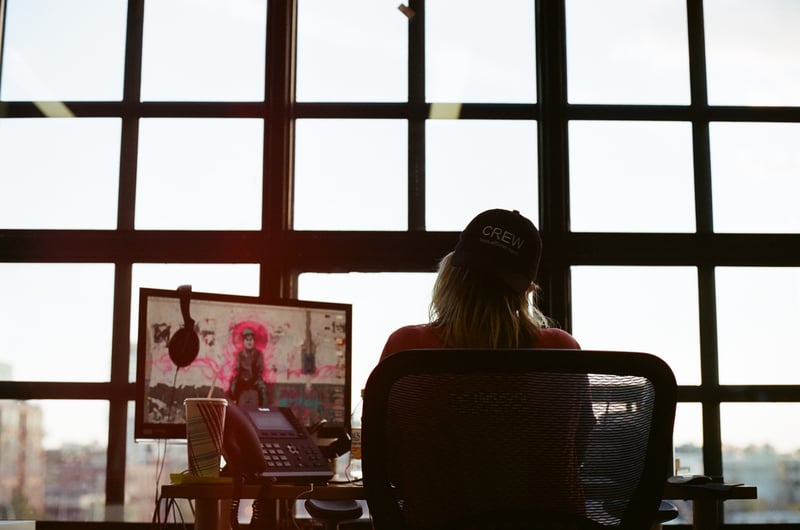 The creative comes up with the main idea (or ideas) and then creates the initial proposal document, which will help you understand exactly what you’re getting. This may include the mood board (a collection of images that give an idea of what the project will look like), the storyboard (a shot by shot – usually drawn – illustration of the structure of the video) and any additional references that might be necessary.

The producer is the organiser. He/she is responsible for bringing together all of the elements required for the production. He/she is the lynchpin

in that they are responsible for making sure that the film is delivered on brief, on budget and on time. As part of this, he/she will pull together the project costing and schedule, which will be added into the initial proposal document at the outset of the project. He/she will also be responsible for all the bookings for the project, from crew, equipment and onscreen talent to travel. He/she is usually the main point of contact for the client throughout the process.

The director is responsible for the artistic vision of the project. He/she works with the script and the producer to plan the execution of the shoot. On set, he/she will have a clear idea of what he/she wants the finished film to look like, and will coral the rest of the team to achieve this. The days of the ‘auteur’ film director – one who will happily trample over anyone to achieve, with a distinctive, unshakeable vision – are happily behind us. Most good directors now – in particular, those in the fast-moving world of brand films – are able to think on their feet, lead a team and use an in-depth understanding of their craft to adapt to the world around them. 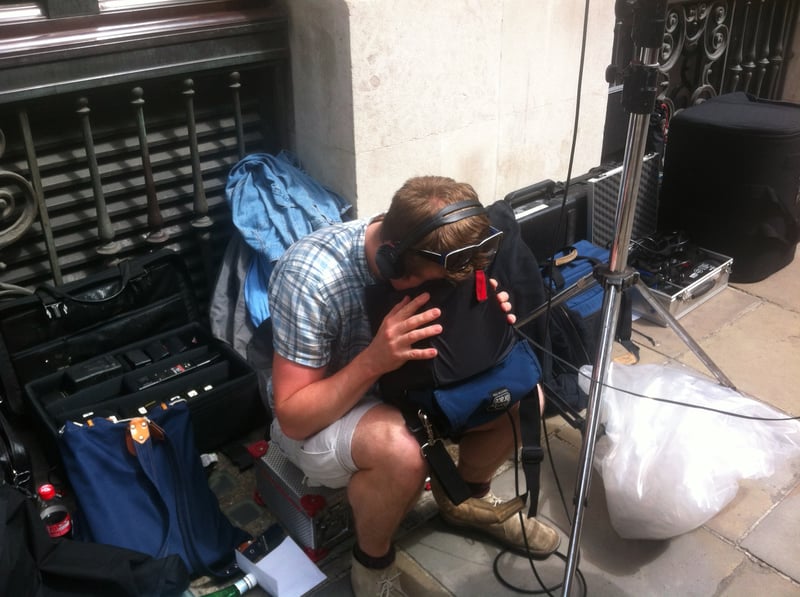 A director, watching a live-feed from the camera to make sure all is in order. Well, that or Netflix.

The DoP is responsible for the camera / camera team and the way each shot looks. This means that he/she will often operate the camera (shoot the film) and do the lighting on set. Usually, having a separate DoP is reserved for larger productions. 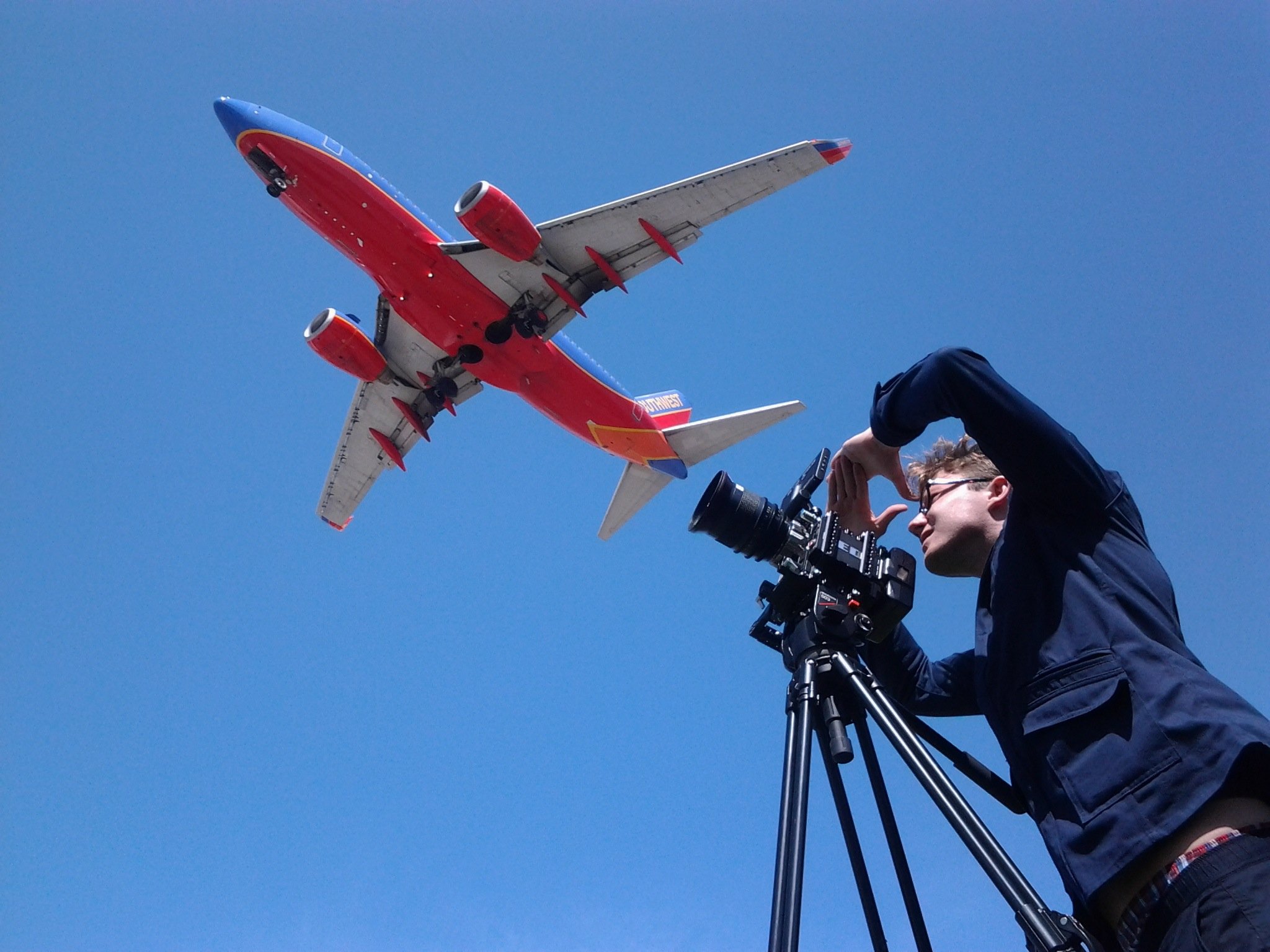 As technology has become easier to use and budgets have shrunk, it has become more common for a director to play the role of the DoP at the same time. This leads to them being referred to as a self-shooting director. Self shooting directors now tend to shoot the majority of online videos. 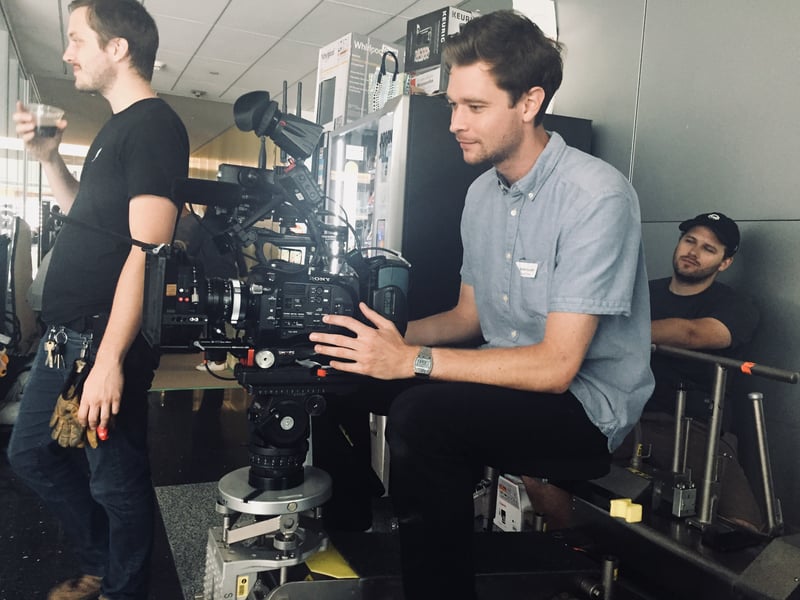 A panoply of roles! In L-R order - camera assistant/focus puller, DoP and dolly grip who is responsible for operating the dolly, which is what the trolley the car sits on is called.

Erm, they record the sound. They can make all the difference to a production that has been shot in a noisy location. He/she is most likely to say, “Can someone turn that air conditioning off?”, and is least likely to say, “Don’t worry, we can get rid of that police siren in post.”

The first AD is responsible for helping the director to achieve his/her vision. He/she is the one who keeps the production running to time and makes sure that everything is in the right place at the right time. When used, he/ she is the director’s mouthpiece on set. (Only used on larger productions.)

He/she is responsible for the crew who set and move all of the lighting. If there isn't additional crew present, they will roll their sleeves up and move the lighting themselves. (Only used on larger productions.)

He/she is responsible for mounting, positioning and moving the camera the camera (if equipment is being used). (Only used on larger productions.)

The electrician. Lots of production lighting requires huge amounts of power. To keep things working/safe, it’s necessary to have a professional spark.

The editor is responsible for ‘finding the film’. They watch all of the shots, and then select the ones that he/she feels best tell the story that was outlined and agreed on in the preproduction stage. He/she will also have a significant hand in the impact of the finished film. It’s amazing how important the editor is to the quality of the final film. Often, a poorly edited film can terrify on first viewing, only to be completely turned around once someone who knows what they are doing has taken the reins. 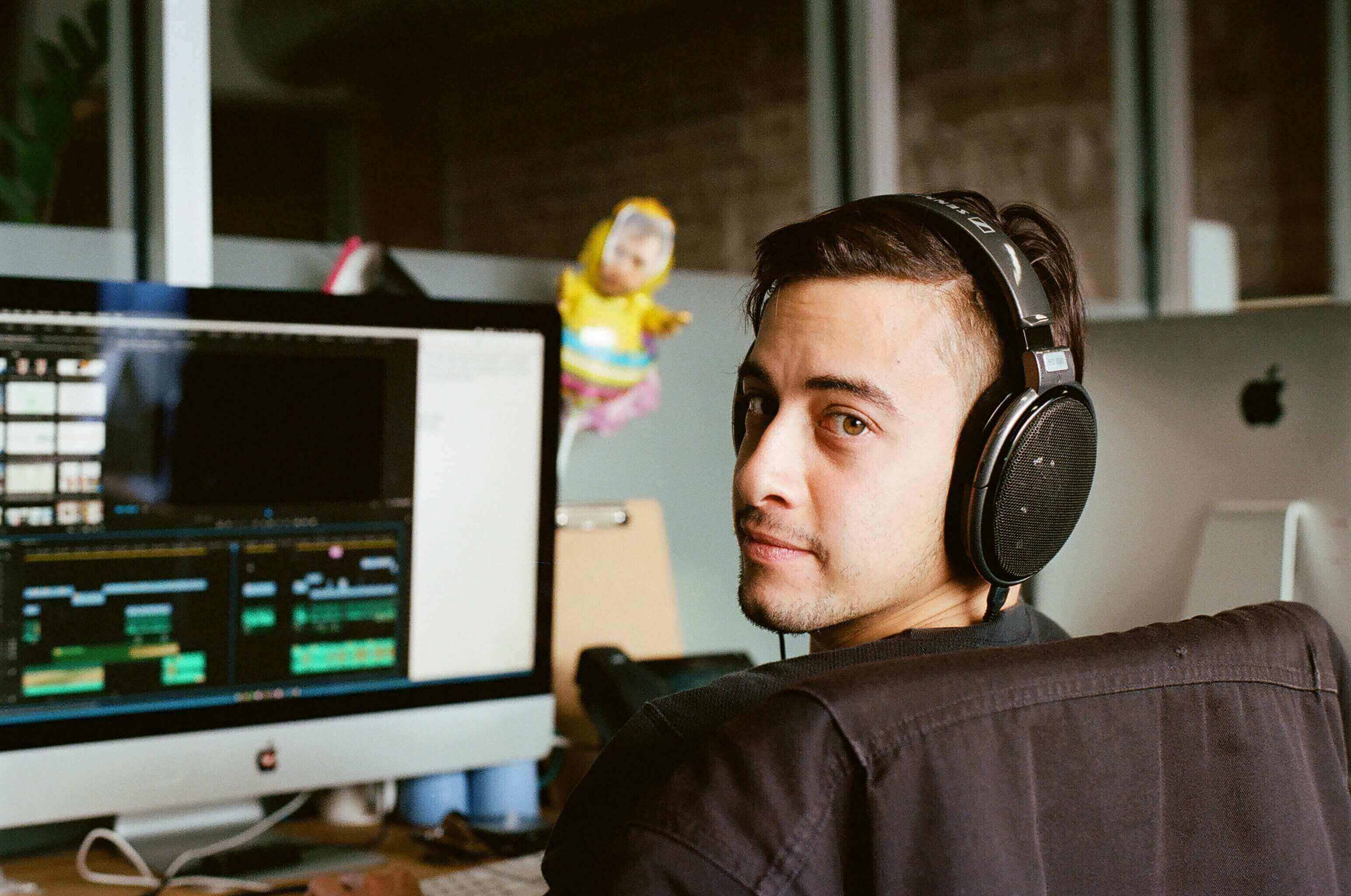 Dan, an editor in his natural environment

Animators bring 2D illustrations, 3D models and inanimate objects to life. He/she is skilled at imbuing inanimate objects with the movement required to generate emotional connections with the audience. He/she may also be responsible for creating the design and storyboards for the animations. 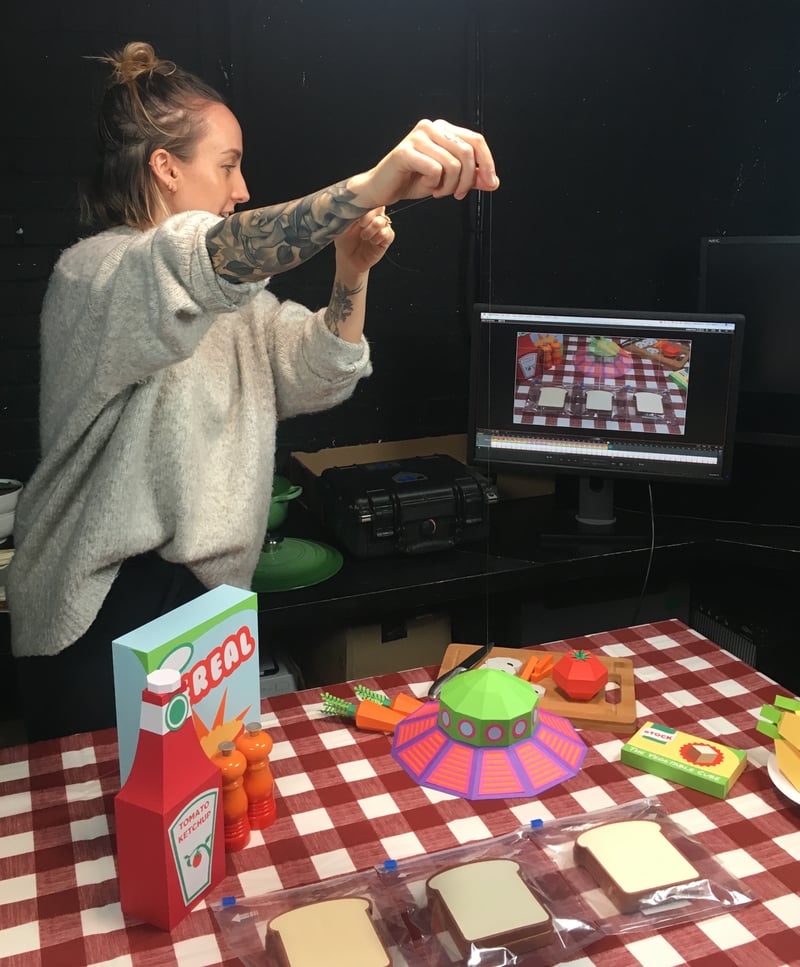 The dubbing mixer / soundie sorts out all of the audio levels in the final video, and adds any sound effects and audio flourishes. These play the important role of tying the audio and video together. The sound engineer will also make sure that the music that has been chosen fits to the edit/ animation perfectly.

The colourist is responsible for the look of the finished film. Sometimes different shots might look different because of different lighting/colouring during the production – he/she can iron this out. He/she may also stylise the film, which is changing the way the video looks by increasing the contrast between colours or changing the colour saturation (a bit like adding filters on Instagram). While colourists used to work only on larger productions, consumer-accessible grading programs are making this step integral to nearly every production.

We hope that helps. Whatever you are working with all these fine people, it's worth starting out right. You can make sure that you do this, by downloading our guide to writing a briefing document right here: 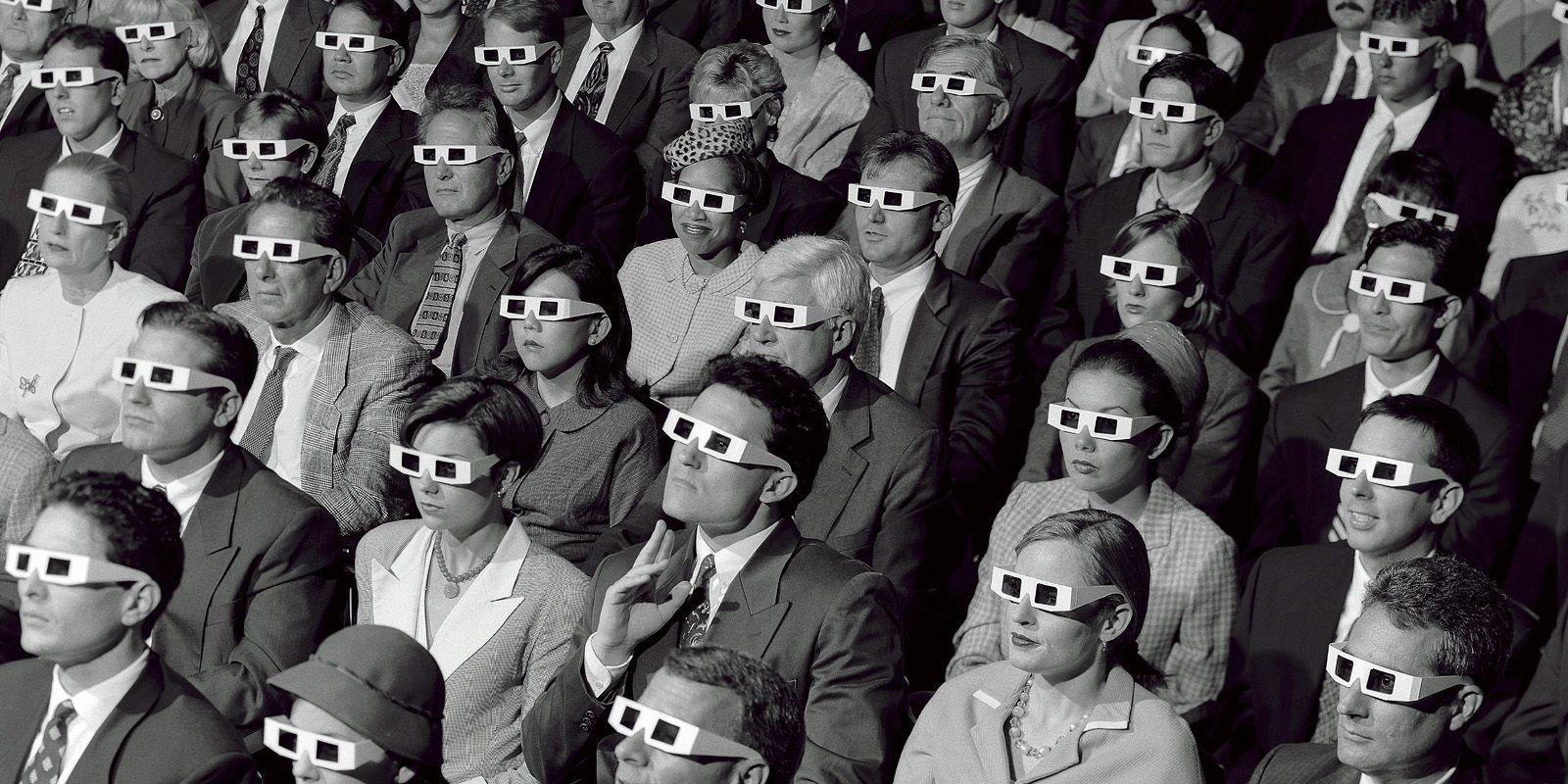 Sustainability at Casual: Securing our... 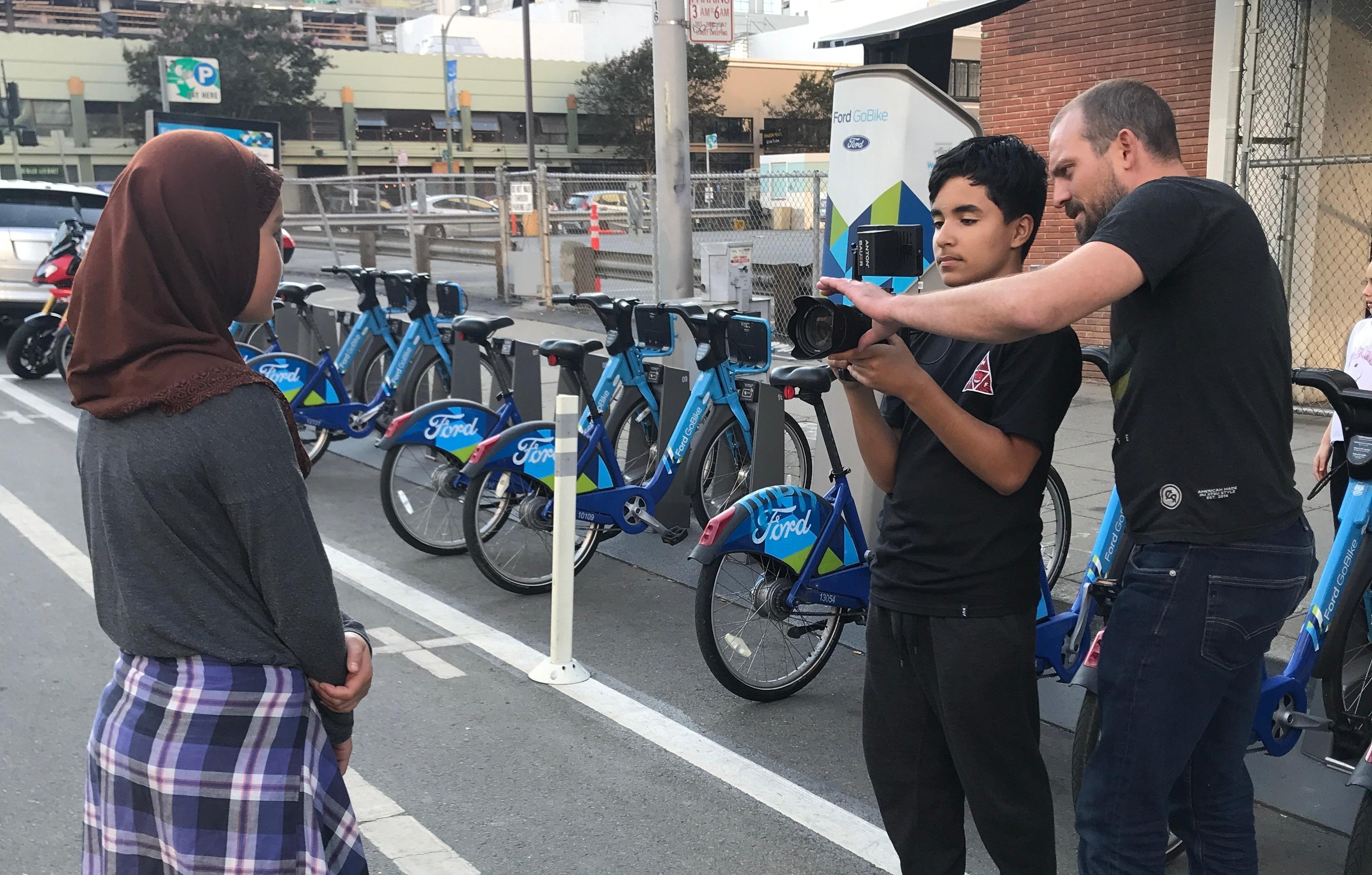